Breaking Down the Wall 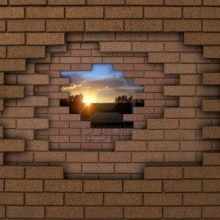 January, this is the time of year that reminds me of another person who “lived on the place”.  James was a 55 year old African American man who worked on my father’s land.  He was the handy man responsible for putting up and taking down our Christmas decorations for the front of the house.  He would put “Merry Christmas” which was a wooden cut out painted red, on the bannister upstairs until just after Christmas when he would return to put up “Happy New Year”, which was the same material, but painted green. 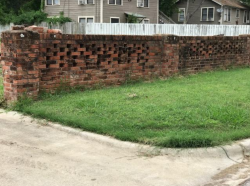 There were other wooden decorations put out in the yard, a reindeer, a cowboy Santa with a campfire and just a standing Santa.  Along with a few other decorations that I cannot remember, but I do know that the yard was very “busy”, so busy  that  a friend once commented that our front yard looked like “Woolworths”, which was a “dime store” and carried lots of decorations.  James also helped with putting up the tree, which was usually quite large since we had fourteen foot ceilings and my mother thought we needed a really tall tree to fill up the space.

After New Year’s, when I went back to school, James would come to town and take all of the decorations down.  When he was decorating the bannister, he went out the door to the upstairs porch at the end of the hallway right by my bedroom.

One year for Christmas I received a ten dollar bill from Santa in my stocking.  I put the ten dollar bill on my dresser and left it there to decide how to spend it.  When the holidays were over, I went back to school and when I returned home later that day, there was a five dollar bill on my dresser.  I was bewildered and went to my mother and asked her if I had received a ten or was it a five, I was confused.  She looked puzzled also for a few minutes and then smiled and as her face lit up with recognition, she said “yes, it was a five.

James was here today to take down the decorations and he was in your room.  He must have spotted your ten dollar bill sitting on the dresser.  James never takes it all, so he took some and left some, and now you have a five, he left you change.”  I was puzzled but my mother was very matter of fact about this incident and did not express anger or promise to speak with him and get my other five back, she had accepted that this was just the way he was.  I realized that I was not angry either, if James needed five, I was glad to share with him but I was grateful that he “made change” and I still had some money also.  Five dollars back then would pay for lots of $.25 movies!

He was good with his hands, building things and his special talent was masonry.  After my parents put in a new driveway, James came to town to build some brick walls around the new drive.  It took him a couple of days to complete the task, preparing everything before he added the concrete.  I was intrigued by his “level”.  The structure that he was creating had a solid set of bricks at the bottom and then the top had the bricks staggered so that you could see through the top part, with each opening about half the size of the bricks.  These opening looked like a great place to put your feet and your hands, a perfect way to “climb” the brick wall.   James finished the wall and after eyeing his work, cleaned everything up and packed his tools in his car to head back to “the Bottom”.

He was getting into his car when I decided to take my first “climb”, to try out the new walls.  I put my left foot in the lowest space with my fingers around the opening near the top and began to pull myself up.  About that time, James jumped out of his car and was saying “Noooooo” as I pulled myself up onto the wall, it began to crumble and fall over.  The cement was still wet and could not stay together with my little hands and feet pushing and pulling on the them.  The bricks, still with cement on them, were at my feet.  I never even fell over but just jumped off in time to avoid injury.

I was embarrassed that I had caused the wall to fall and to ruin James’ work.  James opened his car, grabbed his tools and began cleaning the cement off the bricks before it hardened more as he knew that he would need to start over the next day.  He did not react to me. He just went to work.  If it had been one of my relatives, I would have been in Big trouble, but James did not say a word, he just did his job.  I cannot imagine being in his place when this thoughtless little, white girl just ruined his entire day’s work.  He was a good sport, but did he have any choice?

James was a nice looking man.  He’d been married to a woman who also worked for us, named Virgie. She was a great cook, everything was very tasty.   When I think back about this yummy food, it’s a wonder that no one died of clogged up arteries.  The vegetables were squash casserole with lots of ground crackers, onions and cheese.  She was great at disguising those healthy veggies that I didn’t like!  Okra was fried crispy and the fresh peas in the summertime were delicious!  And those great mashed potatoes with thick cream gravy did not need a disguise!  Rolls were homemade fresh daily and the desserts were fresh every other day….usually a pie with lots of meringue, awesome! I did not partake of breakfast, but I am certain that it was terrific also, with eggs, bacon, sausage and biscuits with lots of gravy or syrup. It’s no wonder that my dad had a triple bypass!

Besides cooking, Virgie also washed the family sheets and ironed them as they were all cotton and quite wrinkly in those days.  If that was not enough to keep her busy, she looked after the secretary’s toddler for several years until she started school.

I remember once that the stove at the house out in “the Bottom”, where all of the delicious food was prepared, would not stay closed, so Virgie propped it closed with a broom.  My step mother stated that we could not let Virgie see the stove in town as she might want a new one.  I was confused by this because I think that my family could easily afford a new stove.

I am not sure how long James and Virgie were married and I do not know why they split up, but I do know that they had a son, Willie B, who I will share about in another story. 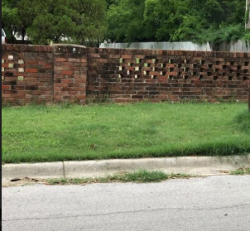 Years later, when I was in high school, James came to our house to do some carpentry and while he was there he spotted our very attractive “city” maid by the name of Mazell, who was much younger than him.  I guess he was a schmoozer because before I knew it, Mazell was dating him.  This was in the late ‘60’s, during the time of “Soul” music and there was a song that was popular by Candi Station called “I’d rather be an old man’s sweetheart than a young man’s fool”.  I loved to tease Mazell so I would put the vinyl record on my stereo record player with the sound turned up really loud and I would sing the lyrics to Mazell until she would blush.  I would turn the music off and we would laugh and talk about “guys” and their silly behavior.  She was a very wise woman, at least she appeared to be to a seventeen year old!  Mazell had a nice build, light skin with a pretty complexion, straightened black hair and a tooth with a gold cap around it with a star cut out of the middle, which always intrigued me.  This style “cap” was a popular way to decorate yourself back in the 60’s, maybe today she would have a tattoo or a pierced nose.  Mazell was a city girl, she did not ever live “out on the place” and she had James wrapped around her little finger!

When I think about James, I feel warmth in my heart.  I still regret making “his wall” tumble but he was always such a kind man with a smile on his face.  Thoughts of Virgie make my mouth water while thoughts of Mazell make me giggle!  All these people who helped make our life easier, also helped shape my life in wonderful ways. I will always be grateful. 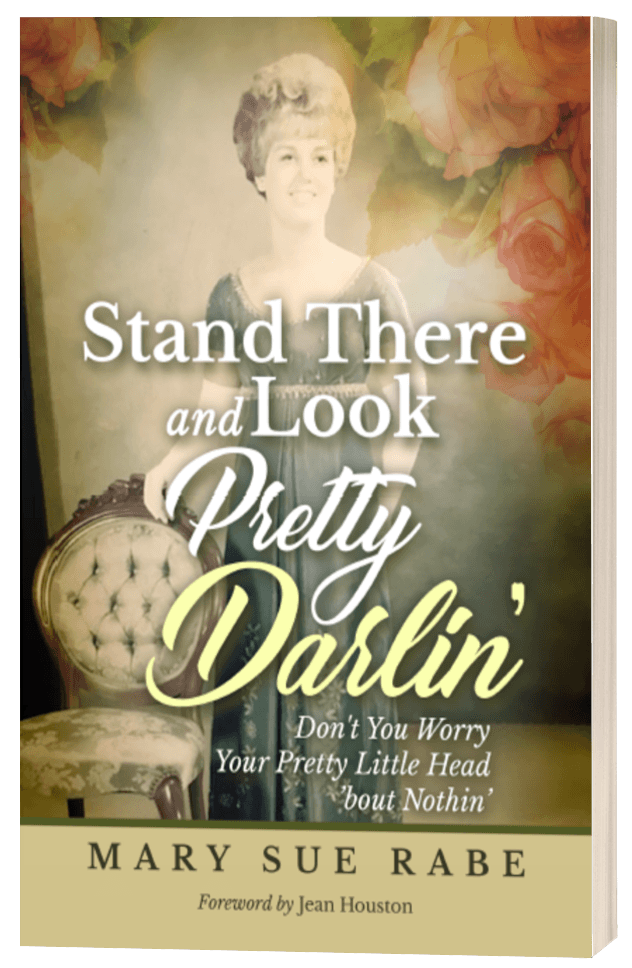